A team of adroit professionals has made our company considered as one of the eminent manufacturers & exporters of Textiles Crockmeter. We manufacture, these equipments using innovative technique. We can customize our range as per specification of our clients. Demanded for their excellent efficiency, durability and sturdy structure, these equipments are immensely used to determine color fastness of fabrics against rubbing, either in under dry or wet condition. Moreover, clients can buy Textiles Crockmeter from us within specified time frame.

One of the test for evaluation of color fastness of colored of printed materials or calfskin is the crocking test .In this test a moving metal finger of determined shape and size rubs against the test examples under a settled burden. The measure of shading lost by the test example and the measure of shading exchanged to a bit of abradant fabric altered over the base of the moving finger are reviewed with the assistance of standard dark scales to assess the shading speed of the specimen under test rubbing.

The hand worked "ASIAN" Crockmeter comprises of an inflexible level metallic stage on which the test example can be held immovably and a rubbing finger which rubs against it under a predefined burden. The stage is altered over the base of the gear and lies in a flat plane. The test example is held solidly more than a grating paper, which is glued on the upper face of the stage with the assistance of two pins holding it at both closures.

The scraping has a level roundabout flat surface, which is tied with a little white abradant textile. The abradant fabric hold color lost by the test example amid rubbing. It is gripped over the finger with the help of a spring hold. Movement to the finger is given through a responding arm, which keeps running on two wheels to minimize rubbing and to apply a uniform load on the finger. The arm is moved worked wrench and uniting connection.

The hardware is done in dim dark metallic painting and splendid chrome plating to give it an erosion safe completion. 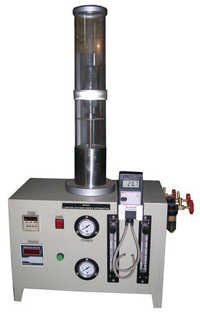 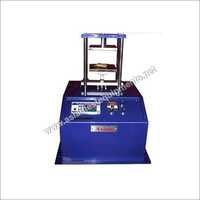 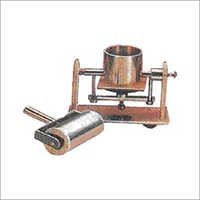 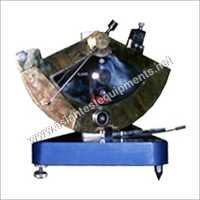 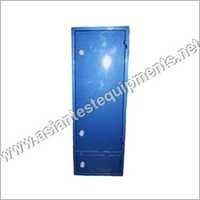