Tensile and extension are the two prime qualities of a large portion of the crude materials, whether they are metals: or non-metals, for example, elastic, materials, plastic, paper: or completed items, for example, bars, wires, ropes, yarns, belts etcetera. These properties regularly assume the real part in deciding the suitability of any crude material for any particular application. It is consequently, of most extreme significance to focus these qualities precisely, advantageously, and rapidly.

The "ASIAN" Tensile Testing Machine give a generally cheap approach to deciding the elasticity and lengthening of mixture of crude materials, for example, elastic, calfskin, fabric, plastics, Belts, wires etcetera. They are in light of steady rate of cross rule in which one end of the test example is held in a stationary hold, while the flip side is made to move at a known altered velocity with the assistance of engine, gearbox and screw plan. The heap applied on the stationary hold is detected by a heap cell and showed by a computerized burden pointer. The controller is chip based and has the office of over burden assurance, top hold and auto alignment. The heap specifically demonstrated in kilograms or Newton.

The lengthening of the test example is measured on a computerized marker altered on the edge of the analyzer, which shows the separation between the holds.

Changing the belt in one or more arrangements of V pulley can change the pace of cross of the lower hold. Diverse model have speeds suitable for testing distinctive materials. A game plan for moving the lower hold physically is likewise given.

The casing of the analyzer created from substantial gentle steel segments to give the obliged inflexibility and quality. Different implicit security courses of action, for example, over travel insurance are given.

The analyzer is done in metallic painting and brilliant chrome| zinc plating to give the mechanical assembly a consumption safe completion. It is supplied gone along which electrical. Which incorporate small scale , switches, Push catches, and contactors for sheltered and advantageous operation. 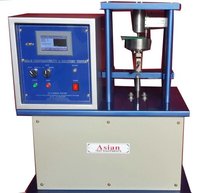 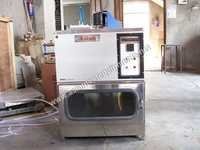 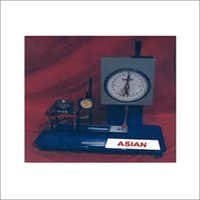